Big Brexit and small businesses: How to prepare for the unpredictable? 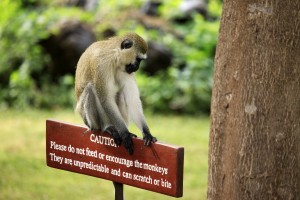 A couple of days ago I had an argument with my wife in the kitchen. It was, once again, about Brexit. The day before, Theresa May had received a serious slapping by the joint heads of the EU in Salzburg. I had been agonising for some time about what Brexit would possibly mean for us personally, but also for our business as a specialised PR consultancy (of course, I had written an outline of a few pages about it). When I asked my wife to read the outline, she said, while spooning sugar in her tea, “Well, we’ve really got no idea at all what’s going to happen”.

“This is exactly why we have to think about possible scenarios”, I responded.

“But that’s changing every day now! You’re just wasting your time and energy!”

“And that’s exactly why!”

“But what on earth are you going to prepare for!?”

And so it went on …  thank goodness, the steak knives were already in the dishwasher.

At some point we both agreed that we didn’t know any more than all the other owners of small (and big) businesses who don’t sit at the negotiation table in Salzburg, Brussels or London. Also, that it is extremely difficult to plan for a ‘no deal’ exit from the EU in the face of all these, quite frightening scenarios and questions: (How) Will future services for clients in the EU be taxed? Will it be necessary to provide additional qualifications or licences to do business with clients in the EU? What will be the legal status of EU foreigners in the United Kingdom with a company which is registered in England and Wales?

Being a German national who’s been living in Britain with his German family and British business for seven years (pre-Brexit) and considering all these and many more yet unanswered questions, I do feel like someone is taking the mickey out of me.

Not even every 7th small business is preparing for Brexit

Whether EU foreigner or not, we are by far not alone with our thoughts. According to a survey by the lobby association National Federation of Self Employed & Small Businesses (FSB), fewer than every seventh (14%) small business has started to plan for a No-deal-Brexit. More than a quarter (27%) of small British exporters reported falling international sales in the third quarter 2018, up from 19% between July and September 2017. No wonder that the sentiment among small businesses is low – less than a third of them (29%) believes that their prospects will be any better in the next quarter.

Indeed, it’s not all roses these days: Since the EU referendum on 23rd of June 2016 the growth of the economy in the United Kingdom has been lower than in all other G7 states, companies refuse to invest,[1] and Pound Sterling has lost about 9% of its value.[2] This might sound like good news for exporters but at the same time many goods, especially those imported from outside the UK, have increased in price. In August British shop prices rose for the first time in five years, followed by a warning of the British Retail Consortiums that customers should brace themselves for much higher price increases if there is no Brexit deal. In the same month, inflation in Britain jumped unexpectedly to a six-month high of 2.7%.

Big companies in Great Britain have already begun to relocate their European business to the EU. This is particularly obvious in the financial services industry, as can be seen with Standard Life Aberdeen’s move to Dublin, Lloyds of London’s departure for Brussels and M&G going to Luxembourg. Other companies, such as Airbus and BMW, are keeping their options for a move open. Meanwhile, fewer and fewer qualified employees from the EU are coming to Britain – in the NHS the number of nurses from the EU has dropped between the referendum and April 2018 by more than 7,000.

Adding to price spikes and lack of employees are tax hikes. Many councils have increased their council tax and business rates drastically which, according to a recent study by the City University of London, has become a menace to local businesses in itself. Meanwhile, within four years the British tax authority HMRC has dropped the limit for untaxed dividends from GBP 31,800 to GBP 2,000. Dividends make the lion’s share of income for many business owners with limited companies who were previously sole traders with a higher tax rate.

And now, on top of all that, come the unforeseeable consequences of Brexit …

So, what can small businesses like us actually do in the face of such an insecure situation which can turn out to be existentially threatening?

Scenario planning is surely one possibility – meaning the mindful dispute about all possible consequences of Brexit for one’s company and its clients. The association of British public relations professionals, the Chartered Institute of Public Relations (CIPR), organised two scenario workshops this year for communication practitioners of companies, associations, institutions and PR agencies in order to run through the implications of a Brexit. However, due to the escalating events of the last weeks (key words here are “Boris Johnson”, “Salzburg”, “Northern Ireland border”), many scenarios fall short of reality or get overtaken in the left lane by them.

Lobbying is another choice. Associations and professional groups that represent a number of similar thinking companies like the FSB or the Institute of Directors (IoD) have a greater gravity in talks with government representatives than a single firm. This is, after all, the intention of many small businesses for becoming a member in these associations and for hoping that they can give their displeasure a louder voice.

Another option that all small businesses have is active surveillance. This is an approach in which a development of possibly great danger is followed closely for some time without the need to act on it immediately. This not only includes noticing any new Brexit related news with critical distance (not every grumbling by a few backbenchers and the headline in the Daily Telegraph the following day will automatically topple the prime minister), but also looking into developments in one’s own industry and among competitors as well.

With regards to the future treatment of companies from a third country to the EU (the UK after a ‘no deal’) both the European Commission as well as the British government have published some quite useful papers. Especially the EU differentiates very prudently, I think, between “preparedness” and “contingency”. And if you maintain the discipline and stamina to follow that approach without becoming either hectic or depressed, you might actually do quite well.

On a personal note

We have decided for our business to at least try to follow that active surveillance, keep an overview of the really important developments and stay as flexible as possible for all scenarios, so we hopefully won’t drown in the Brexit vortex. Especially us small businesses with their tighter financial and staff resources in comparison to many bigger companies have to keep their eyes peeled but mustn’t be confused about every new horror story about the potential fallout of Brexit.

Detailed plans on whether it’s really worth looking for partners in other (European) countries, applying for local registrations, training staff or broadening one’s own business model can only start once it is clear what the future relationship of Britain with the EU (and the rest of the world) will look like.

“See? That’s what I said from the start!”, said my wife putting the kettle on again.

P.S.: In the upcoming race for the next British PM, following Theresa May, Carolyn Fairbairn, Director general of the Confederation of British Industry has warned all candidates not to consider a ‘no-deal’ option at all, as it would put “severe” damage to businesses. Fairbairn: “Short-term disruption and long-term damage to British competitiveness will be severe if we leave without one. The vast majority of firms can never be prepared for no-deal, particularly our [small and medium-sized] members who cannot afford complex and costly contingency plans.”